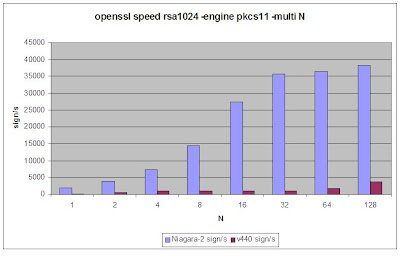 Now lets looks at CPU usage on both hosts. 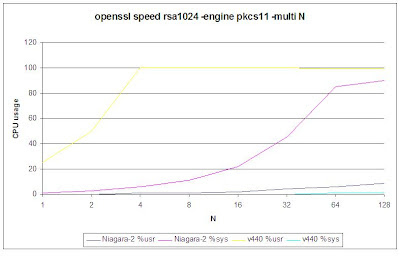 Please also note, that while v440 does not have an SSL accelerator I still used PKCS11 - it's because algorithms used in PKCS11 libraries produce much better results than built-in OpenSSL ones (thanks to tuning done by Sun).
Posted by milek at Tuesday, December 11, 2007